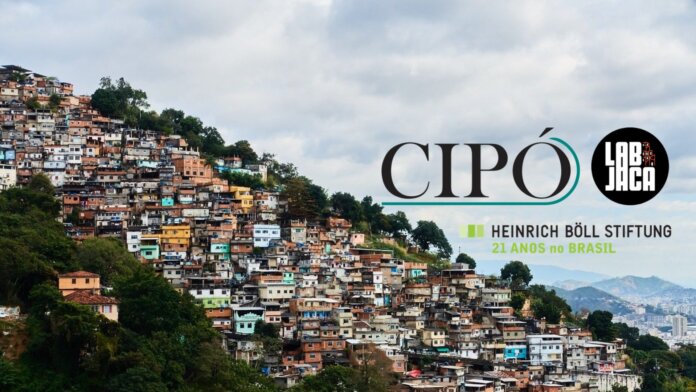 Plataforma CIPÓ and LabJaca, a data and narrative laboratory on favelas and peripheries based in Rio de Janeiro, have partnered in the project “Amplifying Voices: combating environmental and climate racism in urban spaces,” financed by the Heinrich Böll Foundation.

Through the project, CIPÓ and LabJaca are developing audiovisual content on this urgent topic. The first video is already available and invites us to reflect: do you know how environmental and climate racism affects urban communities?

The project focuses on the Jacarezinho favela, in the North Zone of Rio de Janeiro. The community, of around 40,000 inhabitants, is affected by dynamics of environmental/climatic racism, which are reflected, for example, in the lack of access to drinking water and basic sanitation — as well as by the economic, human and social costs of recurrent floods.

The next videos in the series will bring visibility to existing data and research, while also amplifying local voices, experiences and demands by sharing accounts by residents of areas affected by climate change and/or environmental degradation in Rio de Janeiro.

Follow CIPÓ and LabJaca on social networks to learn more.

Watch and share the video (in Portuguese)
Previous articlePodcast: Learning from success stories in addressing global catastrophic risks
Next articleCIPÓ at COP26: Environmental and climate racism at COP26 [Video]

Impunity and Environmental Crimes in the Amazon: Strategic Report video

CIPÓ comments on the trajectory of the vice-president of Colombia, Francia Marquez, in Fantástico

CIPÓ and LabJaca promote a screening of the Immoral Code: a documentary on the risks posed by lethal autonomous weapons

CIPÓ comments on the trajectory of the vice-president of Colombia, Francia Marquez, in Fantástico

CIPÓ and LabJaca promote a screening of the Immoral Code: a documentary on the risks posed by lethal autonomous weapons

Plataforma CIPÓ at COP26: our goals and events (updated 1/11)