CIPÓ in PassBlue: The United Nations’ Our Common Agenda 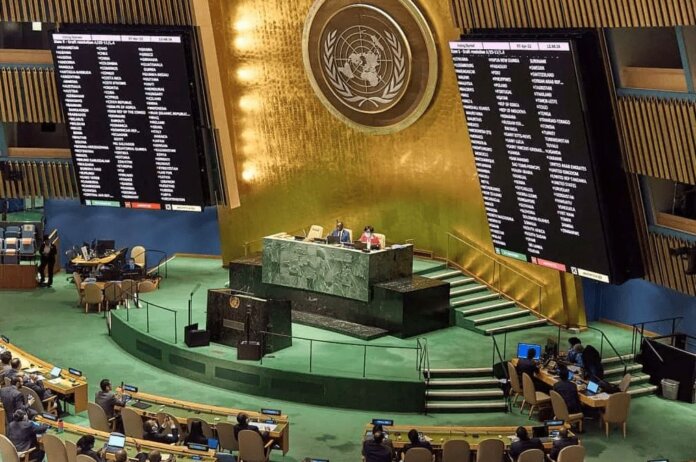 On the 20th of April 2022, PassBlue published an article written by María Fernanda Espinosa (President of the 73rd General Assembly of the United Nations) and Tanilo Turk (former President of Slovenia and UN Assistant Secretary-General for Political Affairs) on Our Common Agenda, an initiative by the UN Secretary General to advance concrete reforms to make the organization more effective in addressing global challenges, including those posed by climate change, armed conflicts and social inequalities.

The article highlights the importance of the meaningful participation of civil society in global decision-making processes, as well as emphasises the relevance of multisectoral dialogue channels such as the Global Policy Dialogue, organized in Washington DC in March 2022 by Plataforma CIPÓ in partnership with the Stimson Center, the University of Leiden, the Academic Council on the United Nations System (ACUNS), Bosch Foundation, Global Challenges Foundation, Club de Madrid and the Institute for Economy and Peace. The event brought together representatives from the UN, civil society and academia to discuss ways to strengthen the role of the UN and multilateral institutions in the areas of climate, human rights and peace and security.

Click here to read the full article (in English)
Previous article
Ukraine War: CIPÓ speaks to BBC Brazil on the difficult scenarios for a negotiated solution
Next article
ABRAJI includes CIPÓ’s mapping in a report on investigative tools for the Legal Amazon