Plataforma CIPÓ at COP26: our goals and events (updated 1/11) 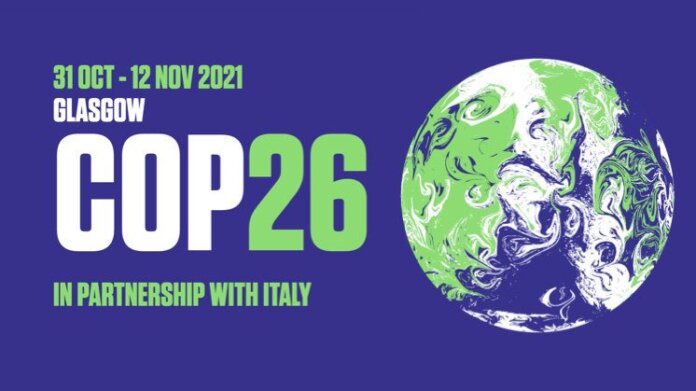 In November 2021, Plataforma CIPÓ will be in Glasgow, Scotland, for the UN Climate Conference — COP26. Through its participation, CIPÓ has three key goals:

We will be updating this page to include the public events in which CIPÓ will take part. Stay tuned!

Description: Increases in population, the degradation of natural resources and climate change are increasing the occurrence of ecological events. These events will result in heightened poverty and an increased likelihood of conflict and mass migration. Research from the Institute for Economics and Peace shows that by 2050, the global population is projected to reach 10 billion, with 80% of the world’s population living in countries with the highest levels of conflict.  This session will introduce findings from the second edition of the Ecological Threat Register (ETR), a report that highlights the impact of ecological threats on peace, conflict, and development. With a unique approach, the ETR measures levels of socio-economic resilience to determine the ability of nations to adapt, mitigate, and recover from ecological shocks, covering 157 states and territories in its analysis. The report recommends that to reduce the impact of future ecological shocks, uncovering future trends and exploring systems change is vital if we wish to build resilience in the most vulnerable areas of the world.

Description: Given the gravity of the climate crisis, stronger global climate and environmental governance is urgently needed. The Climate Governance Commission’s new Interim Report, Governing our Climate Future, explores global governance proposals to address the climate crisis. The United Nations (UN) Secretary General has urged all nations to declare a state of climate emergency, and has also called the recent Sixth Assessment Report of the Intergovernmental Panel on Climate Change (IPCC) ⎯ which reports the worsening unprecedented, unequivocal and irreversible (for centuries to millennia) effects caused by human-induced global heating ⎯ a “Code Red for Humanity.” Even with this sharpening scientific understanding, the vast majority of the world’s emitters are not yet on track to meet their pledges of emission cuts, and current global governance approaches remain weak, lacking in accountability mechanisms, fragmented and siloed. In order to support the Paris Agreement commitments, what new approaches and governance innovations might the international community wish to consider, as a matter of priority? And what strategies can be considered to ensure that these innovations are implemented?

Event: “Global Assembly for the Amazon“

Description: There is no solution to the climate crisis without the Amazon. The Amazon is on the verge of collapse due to the predatory activities of agro-livestock corporations, monocultures, the planting of genetically modified seeds, agrofuels, legal and illegal mining, the extraction and spillage of hydrocarbons, biopiracy, hydroelectric mega-projects, mega-infrastructure, drug trafficking and organized crime.

The governments of the Amazonian countries do not put a stop to these activities and, on the contrary, aggravate them in a Dantesque way as in the case of Bolsonaro.  The governments of the so-called developed countries do not prohibit the importation of products that deforest and destroy the Amazon. The United Nations Framework Convention on Climate Change (UNFCCC), which is meeting for the 26th time in Glasgow, Scotland, is also failing to adopt measures to address the structural causes of the destruction of the Amazon. On the contrary, the UNFCCC supports new carbon markets for forests such as the LEAF (Lowering Emissions by Accelerating Forest finance) initiative promoted by the governments of the United States, the United Kingdom, Norway and several transnational corporations such as Bayer, Nestle and Amazon. Likewise, through the Green Climate Fund, it has just approved a US$279 million loan to support private investment in the Amazon Bioeconomy Fund administered by the Inter-American Development Bank.

Enough of profiting from human tragedy and climate change! The Amazon is not an object but a subject with rights that is home and territory of indigenous peoples, quilombolas, riverine people, siringueros (rubber tappers), caboclos, marrons, peasants, women, youth and inhabitants of the Amazonian cities. Recognition and respect for indigenous territories and the peoples that inhabit this territory is vital to save the Amazon and climate collapse.

Faced with this situation, we call ourselves to the World Assembly on the Amazon and the Climate Crisis to be held virtually and in person parallel to COP 26, within the framework of the People’s Summit in Glasgow, Scotland, on Tuesday, November 9 at 14:00 from the United Kingdom, 8:00 from Ecuador, Colombia and Peru, 9:00 from Bolivia, Guyana and Venezuela, and 10:00 from Brazil-Sao Paolo, French Guyana and Suriname.

Event: “From local to global – raising ambition and taking action to uphold the Paris Agreement”

Description: As we await the outcomes of negotiations during COP26, a session hosted by IMSISS, GCF and UNA-UK will explore a range of practical actions for keeping 1.5 degrees alive at local and global levels, such as: promoting recommendations for UNSC action on climate and security; local initiatives for organisations to adopt; how governments can be held to account; recommendations for global climate governance; and actions that individuals can take. With an expert panel from across different sectors, this session promises a dynamic, action-focused discussion.

From 5/11 to 12/11, CIPÓ will be in a series of events at the Brazil Climate Action Hub on themes such as deforestation, climate justie/climate racism, and climate action.

Languages: All of the events will be broadcast in both Portuguese and English.

Check out the complete programme here.

Previous articleClimate, Gender and Sustaining Peace: What is the role of the UN peacebuilding architecture?
Next articleCIPÓ takes part in the Young Thinktankers Forum

Environmental crime as organized crime in the Amazon basin: CIPÓ, GI-TOC and UNU-CPR side event

The risks posed by autonomous weapons: CIPÓ in the newspaper O Globo

Environmental crime as organized crime in the Amazon basin: CIPÓ, GI-TOC and UNU-CPR side event

The risks posed by autonomous weapons: CIPÓ in the newspaper O Globo