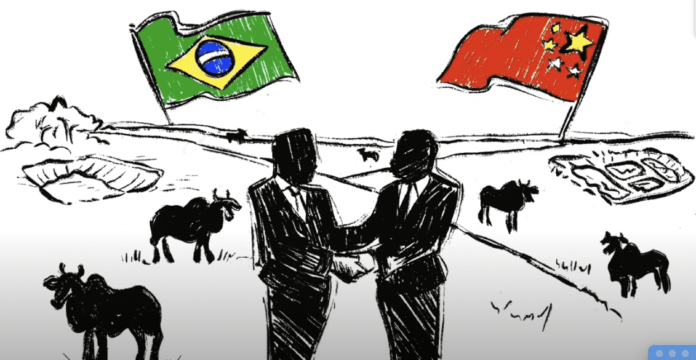 One of the main driving forces behind the rise in illegal deforestation, as well as in other environmental crimes in the Legal Amazon, relates to the staggering growth in agriculture and ranching in the region. In addition, that there are significant gaps in international cooperation between Brazil and key importing countries to clean up supply chains from deforestation and other illicit activities. Against this background, CIPÓ launches the policy brief: China in the Brazilian Amazon: Examining the relationship between the growth in commodity exports and deforestation.

“As the main country consuming agricultural products exported by Brazil, the Asian giant plays an important role in the context of both social and environmental devastation in productive areas – and is, therefore, a key actor when it comes to a successful cooperation aimed at cutting back on Amazon-related environmental crimes.”

This study analyses patterns in exports to China and deforestation in the Amazon using disaggregated data according to each municipality in the Brazilian Amazon. The police brief, authored by CIPÓ researchers, Flávia do Amaral Vieira, Adriana Erthal Abdenur and João Ricardo Cumarú Silva Alves, also present recommendations for public policies aimed at reducing the socio-environmental impacts of Brazilian exports to China.

As a result of the study, a series of interactive graphs and databases were produced, which can be accessed here.